The work in Some Irish Mothers  the gallery installation, QR posters and interventions series, are the culmination of research into lack of recognition of the role and influence of women during significant periods of Irish history, especially the 1916 Easter Rising.  Focusing particularly on the lack of effective change in the lives of women, especially in relation to contemporary Ireland.

The installation is included in the Mayo Collaborative Group Exhibition, Kathleen Lynn: Outsider on the Inside. A series of 1916 centenary exhibitions by thirteen artists in five galleries around County Mayo from 26 March - 24 April 2016

Some Irish Mothers: The Birth of a Nation 1916 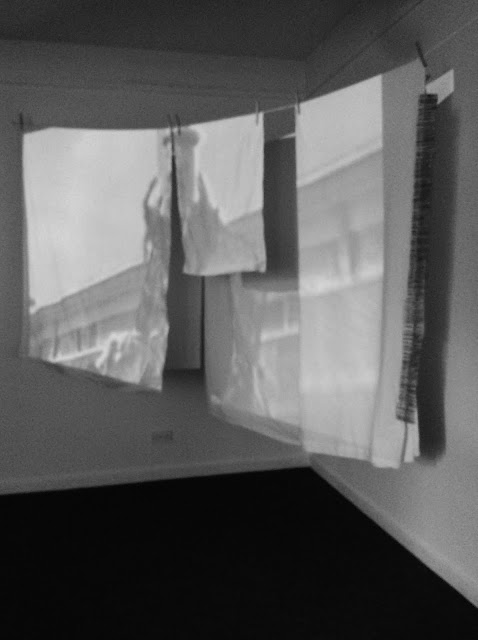 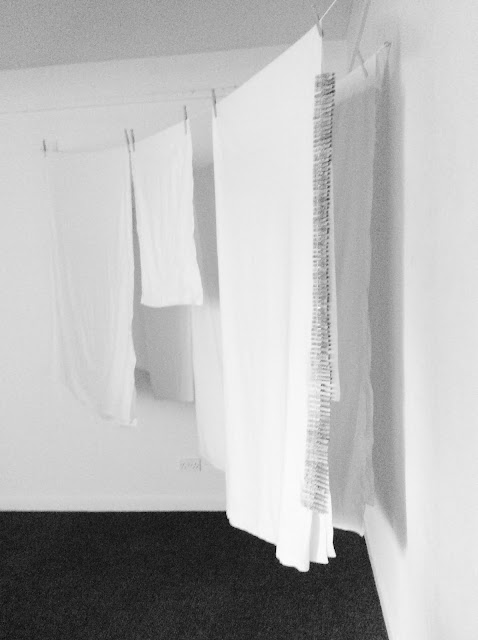 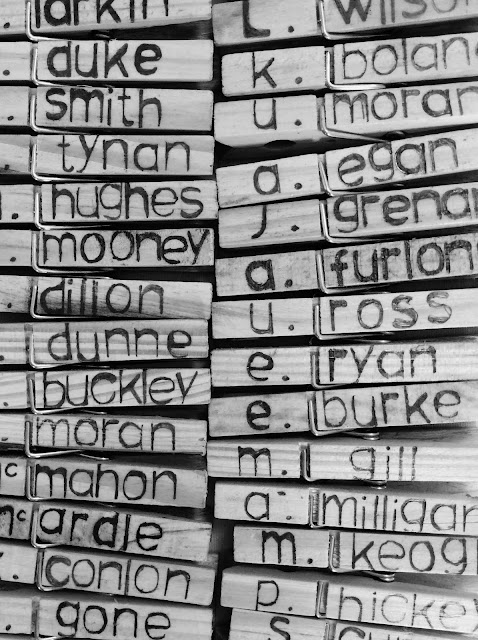 The exhibition at the Linenhall Arts Centre features a sculptural installation entitled The Birth of a Nation 1916 and has been based on the footage and in particular the structural aspects of the clothes-line shown above. 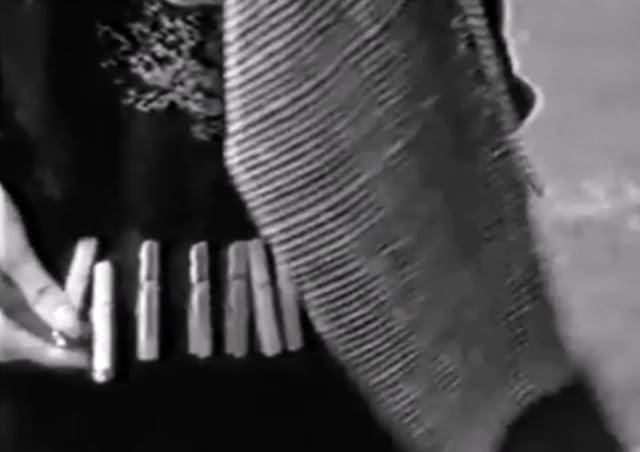 Each clothes-peg featured in the installation has printed on them, the names of over 220 women who played a significant role within the 1916 Easter Rising.The works in this project reference the lack change for women over the past one hundred years, especially in terms of the roles women are expected to assume.

Some Irish Mothers: A Quiet Revolution:

The footage represented in this work are re-appropriated from an ESB documentary, which has been taken from a YouTube clip entitled Rural Electrification and depicts some of the first electricity poles being erected in Ireland. The imagery has been appropriated to represent male, industrial processes and social structures which promote gender disparity. The original footage can be found here.

The moving images are projected in the gallery space and accompanied by a clothes-line installation. You can find more information about the installation here 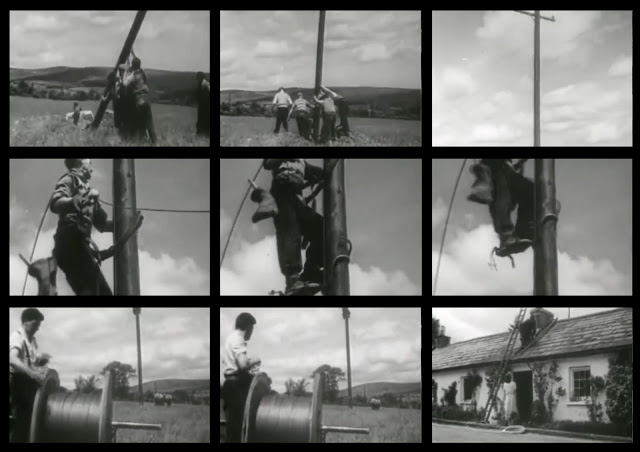 The Linenhall Arts Centre installation and this online presence are meant to act as three aspects of the same work, each element informing the next, allowing the viewer to control their experience of the work being viewed.

The QR Code allows you to react to a still image in a traditional way, however, once you scan it with your mobile device, you begin to engage with the work in a light of technological modernitiy. The experience can be self-directed or simply used as a device for engaging with the work, a little further.

Examples of Images used in poster-campaign which accompanies each element of the project. 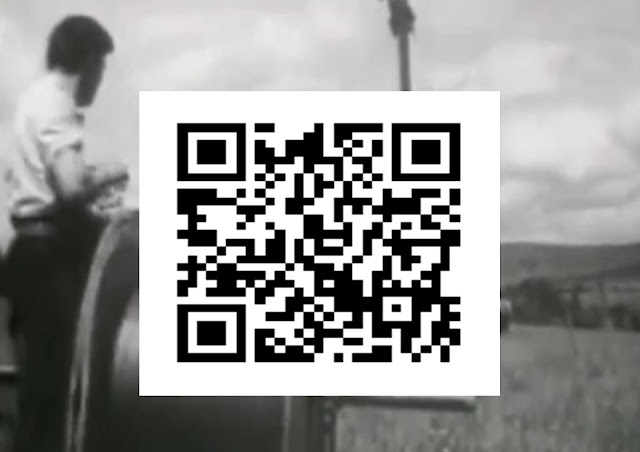