The body of work entitled These Are my People began as a short story written after a chance encounter with a young traveller man on the Liffey boardwalk in Dublin in 2011. The full text of the short story can be seen here https://inthisnation.blogspot.co.at/2014/10/these-are-my-people.html. 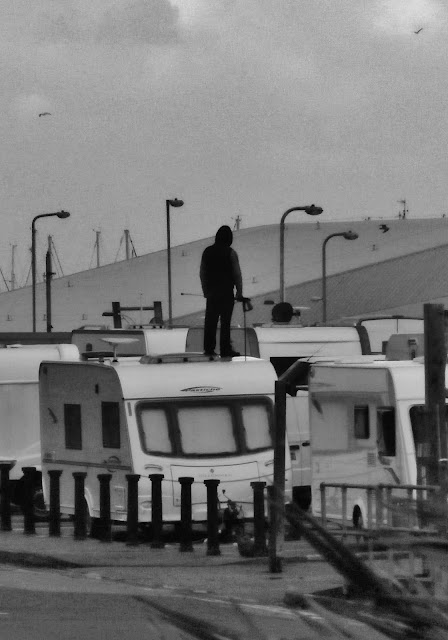 in 2013 while living in Brighton, East Sussex, I began to follow and document the lives of a groups of Irish Traveller families, who used the public car parks along the south coast of England as temporary camps. I photographed and documented their lives for the short time that they stayed in the area. 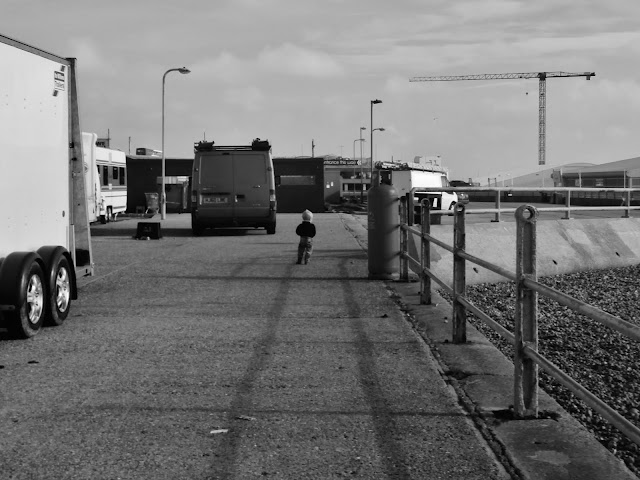 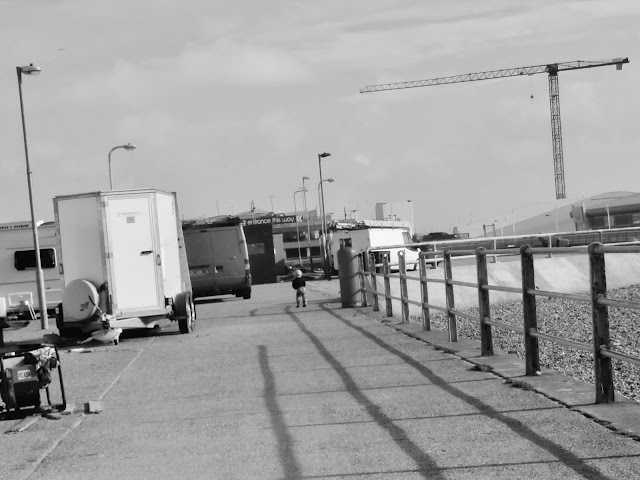 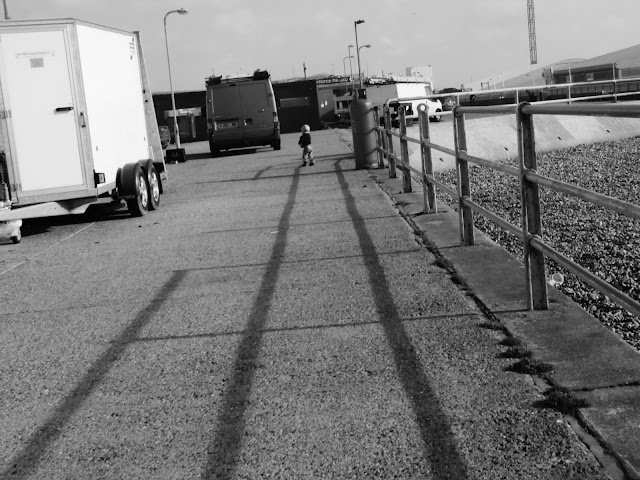 During this time I was also able to document and create dialogue with a number of Irish men who had become homeless in the U.K and used the numerous shelters along Brighton' sea front to sleep in during the summer months. 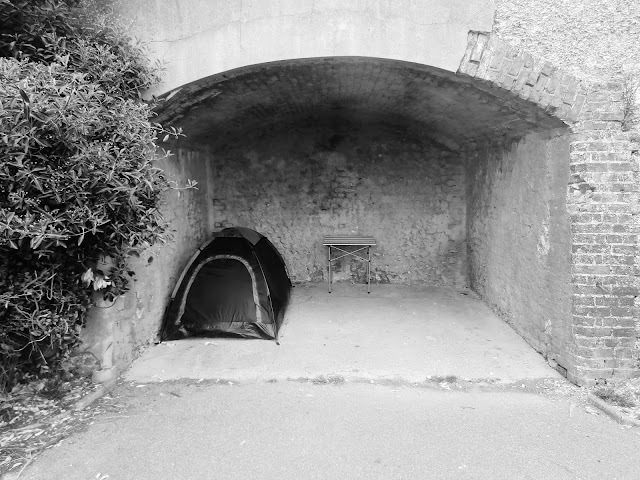 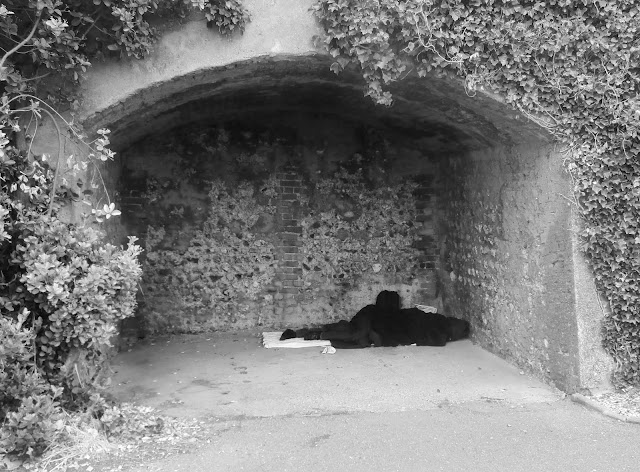 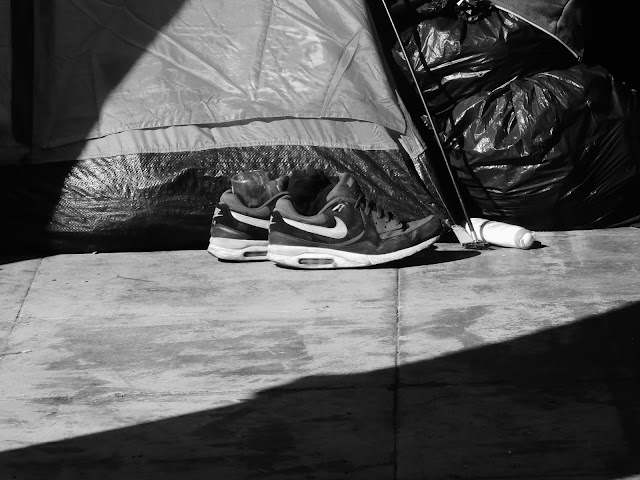 Through observation and a series of dialogues with both groups I began to find similarities between their transient lifestyles and the performative action of creating temporary communities as well as observing the visual language relating to their ideas of identity and culture. The signs and signifiers which set them apart from not only each other but also the other people using these public areas.
After two and a half months of researching and documenting both groups. In one week both groups of people had disappeared. The Travellers had returned to Ireland, the Homeless men returned to cities North of Brighton. The latter could, as they told me "Never go home". 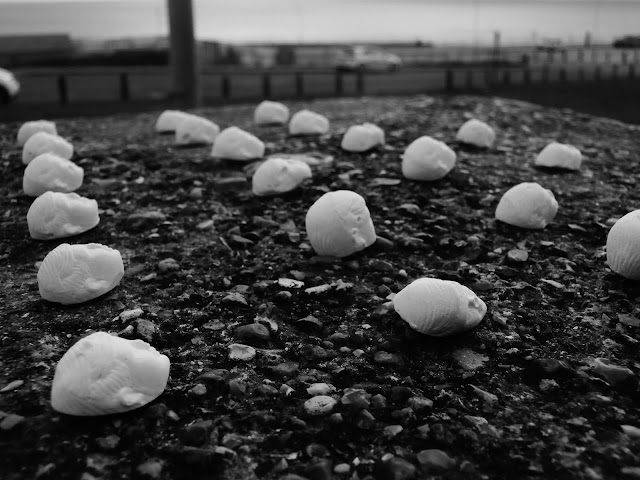 I wanted to create a visual work that would both, reference the intense and drawn out dialogical and observational process of the project, and also which acknowledged the fleeting transient nature of both groups' existence and the relationships which were built between them and I.

The works created were a series of clay heads which had all been cast from the same mold, but no two faces are the same. 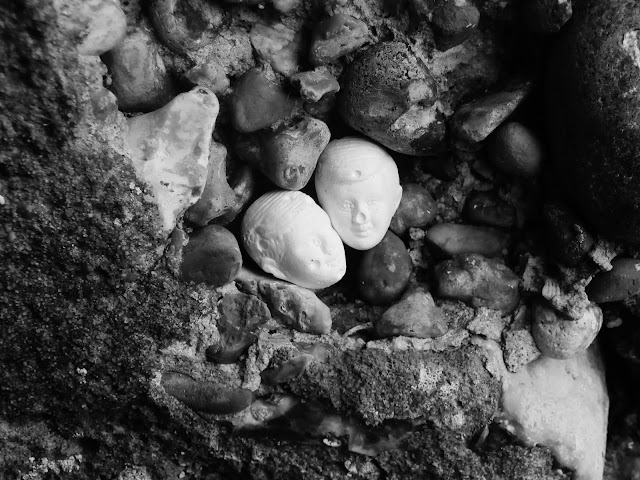 A number of heads were installed in the spaces which had been occupied by either group. Over time the heads would dissolve, leaving only a faded, chalky outline on the surface where they were installed. 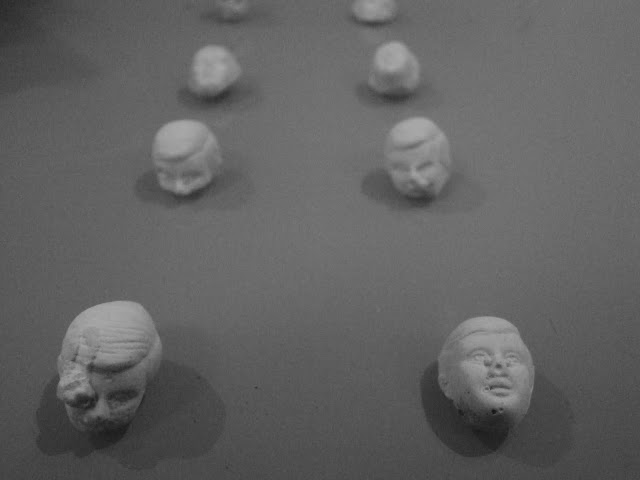 In 2015 I returned to Dublin and installed a series of interventions onto the board walk on the Liffey River. These involved a number of bottle caps. Which I noticed were being placed into the nuts and bolts which held the wooden beams of the boardwalk in place. 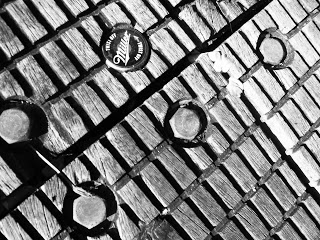 I used this very simple device to create a number of text based works using bottle caps painted white with a single letter on each one. Each installation spelled the words THESE ARE MY PEOPLE 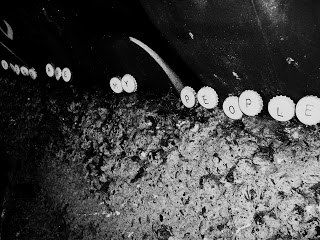 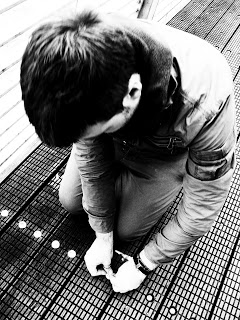 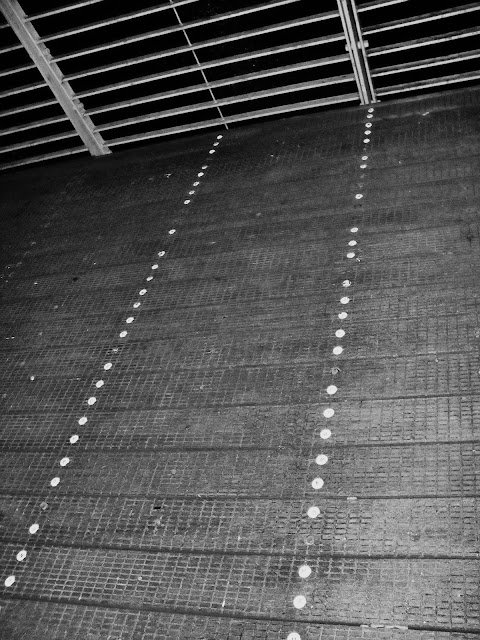