During the three month residency at The National Folk Theatre, Tralee County Kerry.

The main focus of my time and research centred around the following:

Gaining a wider understanding of the role of folk and traditional Irish Culture in Contemporary Irish visual art.

As well as focusing on the history of The National Folk Theatre (Including the inter-generational aspects of the performing company) and creating work related to this. 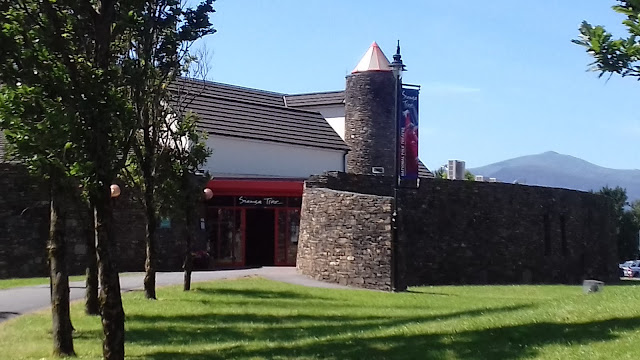 During a series of visual and material investigations into the areas surrounding the building I quickly focused my research into the more anti-social activities which were evident in the Town Park which surrounds the theatre. 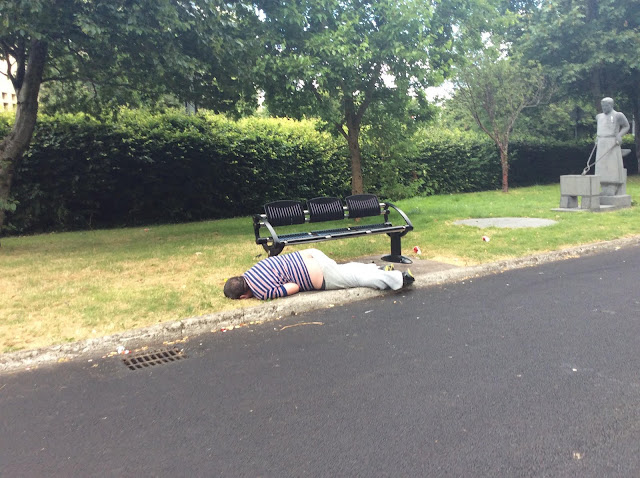 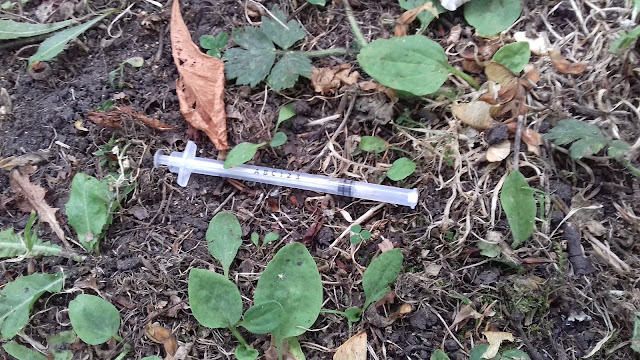 The majority of the residency was spent, documenting the complex social demographics who utilise the Park on a daily basis, for drug taking, public drinking or sexual activity.

I began to notice the amount of material left behind after these activities had taken place and the almost "total blanket" coverage of the areas being used for anti-social behaviour. This involved examining, categorising and re-coding the objects left behind by these groups. 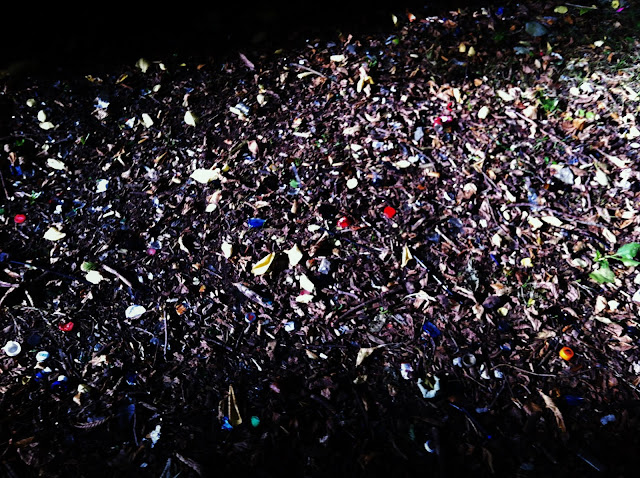 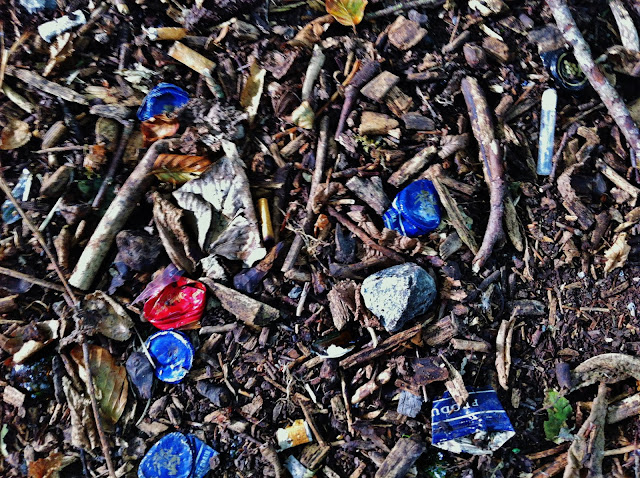 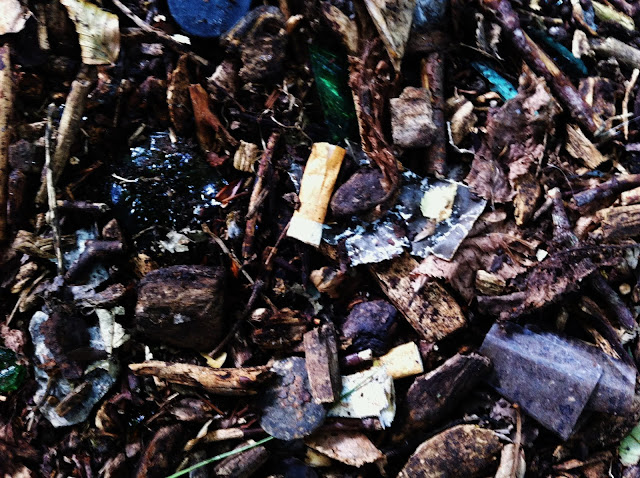 During this visual investigation and documentation I began to create dialogues with the people using the park for such behaviour, local people using the park for other reasons. As well as individuals and institutions such as Kerry Museum, An Garda Siochána, local artists, craft people and groups as well as wider connections within traditional and contemporary visual practices to gain a wider knowledge of the specific issues affecting Tralee.

The culmination of these dialogues was an exhibition in the main exhibition space of Siamsa Tíre. The exhibition was entitled An Archive of Provocative Acts and featured a series of materials found in the ares surrounding the theatre. Each object was treated like a museum object and given the same visual language of museum display. 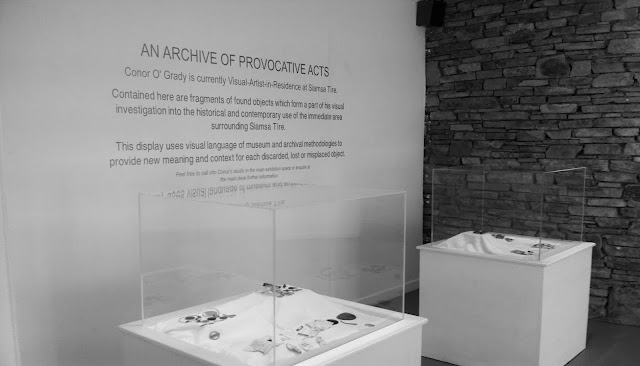 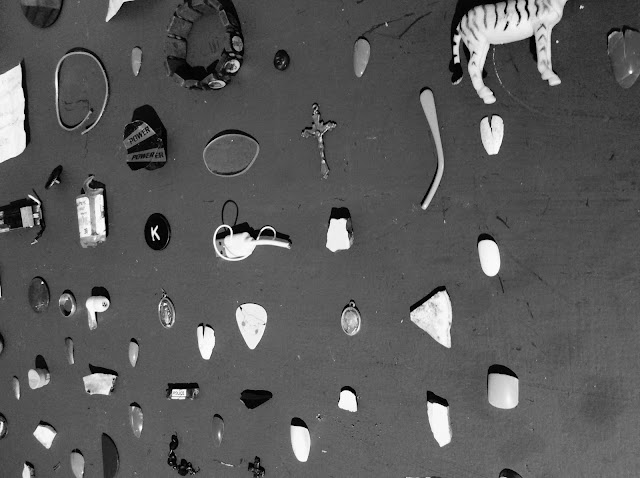 The body of work evolved from material investigation into the areas surrounding Siamsa Tíre.

Each object was found in an area of the park which is used for anti-social behaviour.

The objects collected were re-coded and categorised using the methods utilised by Kerry County Museum and most museum displays.  (To create a barrier between viewer and object and to preserve it, removing it from its original context)

Each fragment is found, categorised and then placed within the confines of a display case.

Elevating the everyday objects alongside the hierarchy of other museum or gallery objects.  Creating a living documentation of issues affecting society. 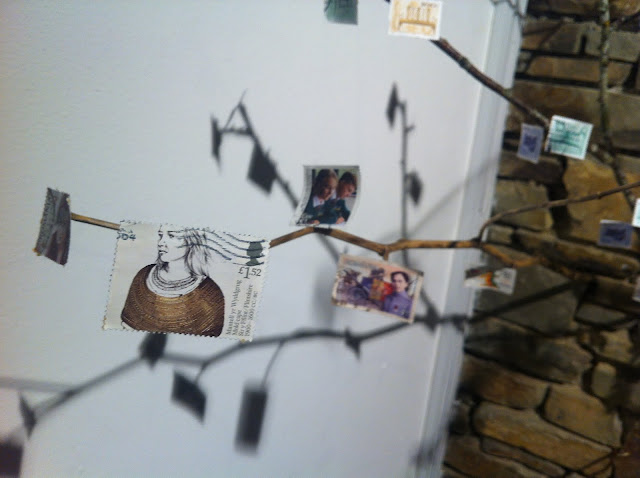 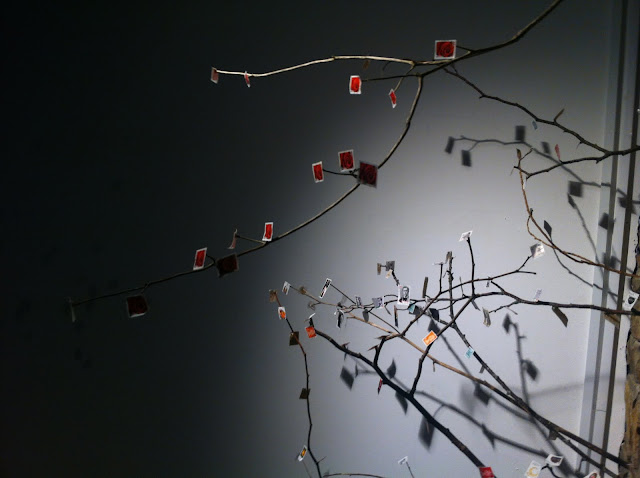 Each branch used has been collected from areas around Siamsa and are chosen for their cultural, traditional or mythical properties. 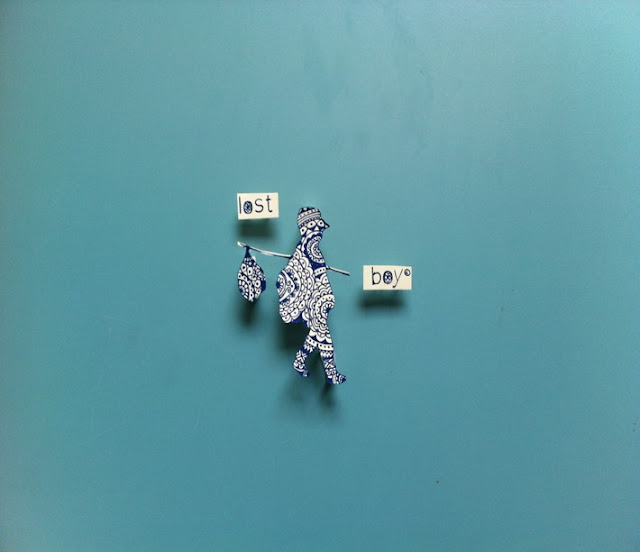 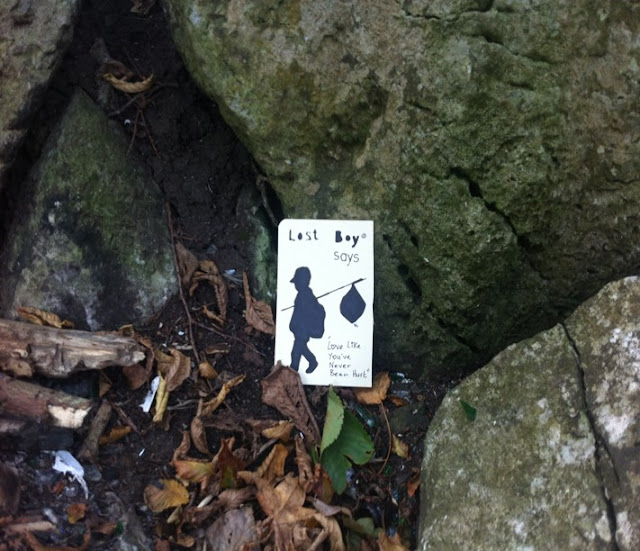 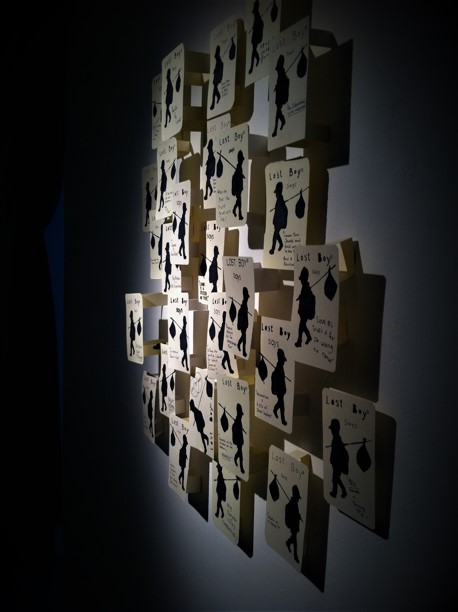 Lost Boy Says is a series of street art stencils which have been created in conjunction with the visual research for An Archive of Provocative Acts.

It reflects the anomie and levels of anti-social behaviour examined in that work.

Using the visual language of graffiti and street art to re-code the experiences of specific socio-economic and ethnic groups alongside famous pop-culture and/or philosophical quotes.

The installation utilises an alternative method of display, to raise these experiences and the art form outside of their original context, providing a method for describing and documenting both.

The works are created on Fine Art Papers and then left in the ares close to Siamsa Tíre, on the last day of the residency on the 21st of September 2018 Culture Night.